I love the City of Brotherly Love, Birthplace of America, The City That Loves You Back — Philadelphia, PA.

That’s probably why my next book takes place in Philadelphia (more about this later).

Have you ever visited Philadelphia? What do you like the best?

For more fun facts about Philadelphia, check out the following sites:

I'd love to hear what you think? Cancel reply

This site uses Akismet to reduce spam. Learn how your comment data is processed. 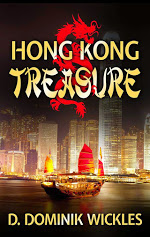